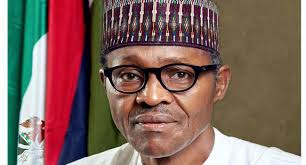 President Buhari might be a likable man but he has flows. He is handling a situation that has become more sophisticated than he is. In simple language, he is “old school”. The current situation clearly defines what I am talking about.

When Buhari was sworn in as president on May 29th, 2015, his body language made Nigerians to be in line, but when his government showed a little lapse in being unserious in having a cabinet, corruption became bold enough to stand up to him. He has lost the momentum.

President Buhari believes in big government. He thinks that government can do everything. That’s definitely old school, ain’t it?! That is why there is fuel scarcity and fuel is being rationed nationwide. Yet fuel is being sold above the set price in major filling stations in oil producing states and the government is ensuring that fuel is being sold at the national price of #87 in non oil producing states like Lagos. You can’t make the NNPC the sole importers of petroleum products into the country in this day and age. It doesn’t work like that.

I don’t know what this craze is about having a big government. We need to trim down the size of government because the cost of managing governments has gone overboard. Government has no business being in business. The solution to our economic problems lies in privatisation and diversification of the Nigerian economy. Government needs to regulate the economy so that the major players in each industry do not take advantage of Nigerians.

And if Buhari really wants to fight corruption, he needs to use modern means to fight it. Modern technology will make the difference. I am sorry, Buhari will not succeed as a democratically elected president. This is no military regime and if the military dares to interfere in our democratic process because Buhari wants it, there will be dare consequences. There are no “Idiagbon’s” to help him now. Nigeria needs intelligent and creative leaders with vision to make a real “Change” in our country.